ASKO is an international appliance company with a full line of high-performance clothes washers, dryers and dishwashers.

ASKO appliances do a better job of cleaning with a fraction of the water, electricity and detergent of ordinary machines. Every component is constructed of steel rather than plastic wherever possible. If your Asko appliance does need a repair part or Asko Replacement part, you have come to the right place. 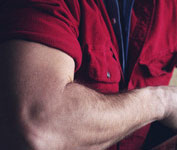 "Appliance Life" is the Appliance Repair and Parts Professional!